Water Strider is the 48th map in Combat Arms. The map was designed during the second Map Creation Contest in Combat Arms Europe by the Player: FractalShot.

Water Strider has 8 game modes available to play in:

Water Strider have areas with both long-range combats and close quarter battles, due to the sloped front of the massive hydroelectric dam and confined area space. Players can slide from the top of the dam down to the lower entrances, while snipers can stick to the overlooks, taking out enemies that are out in the open. Inside the dam, it contains water pumping machines and boxes. There are long hallways and stairs that navigate through around the map. The roadway on the top of the dam is structurally broken for unknown reasons, possibly by a form of demolition. One can also see the stream of water from other side of the dam flowing into the ocean/lake below. 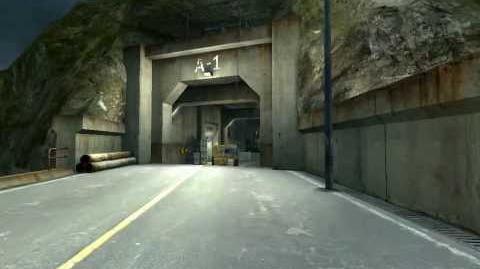