Snow Valley is the 2nd of Combat Arms' five original maps. It was also the first snow-based map ever released, soon joined by Cold Seed.

Snow Valley features a vast, frozen landscape, with several hills, fences, and walls, along with a silo and main tower. A large, subterranean tunnel links the entire map below-ground, providing a shortcut to various parts of the map. 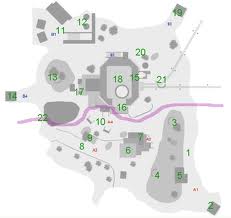 Here are some useful strategies when playing in this map.