The (M4A1) M4-CQBR Devgru is a highly-classified weapon, if not the rarest gun in Combat Arms. It is considered to be so exclusive because this weapon cannot be obtained by legitimate means.

It makes its only appearances within the Combat Arms Teaser and hanging on the wall in the Gun Emporium above the USP Tactical SE and almost completely hidden in the shadows, so the few who know of the DEVGRU's existence don't consider it to be a real weapon.

It seems to be an enhanced variant of the M4A1 CQBR / M4A1 SOPMOD with a stylized camouflage and pre-attached S2 Suppressor/ACOG TA3 combination.

In the video, it looks like a modified SCAR with the same attachments but the gunshots in the trailer are identical to unsuppressed gunfire whilst there is a suppressor attached. 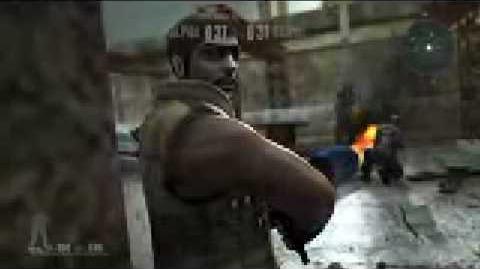 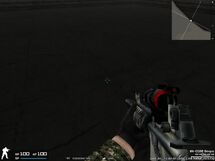 The gun in the Gun Emporium.

The gun's killfeed had it been released.
Community content is available under CC-BY-SA unless otherwise noted.
Advertisement