Cold Seed (also known as CS, Cold, and more often, Seed) is the 6th released map in Combat Arms, as well as being the first map to be added in a patch. It is a snow map, like Snow Valley. It features Elimination, VIP Elimination, One Man Army, Seize and Secure, Capture the Flag, Elimination Pro and Last Man Standing.

Taking place in a fictional abandoned mine in the fictional city of Oskrov, the UAF learns of a biochemical weapon in the making in that location. Thinking it is a downgraded version of a recently stolen nerve gas weapon, a strike force was sent to retrieve any biochemical weapon at all cost. Sadly, no chemical weapon was found, leading to Operation: Death Room.

Cold Seed can be a fun map. There are some barely-noticed areas that you can take advantage of, and there's also some often used areas that aren't thought too much of.

Cold Seed features a large tunnel coming from Alpha's base, which is off the map's edge, a first for Combat Arms, leading up and across the map into a building between the two bases. It leads to the outside of Bravo's spawnpoint, a large building with 3 exits, a big storage room full of crates, a large nearly-empty room, and a ladder leading up to the tunnel. There is a roof that can only be accessed from this tunnel. 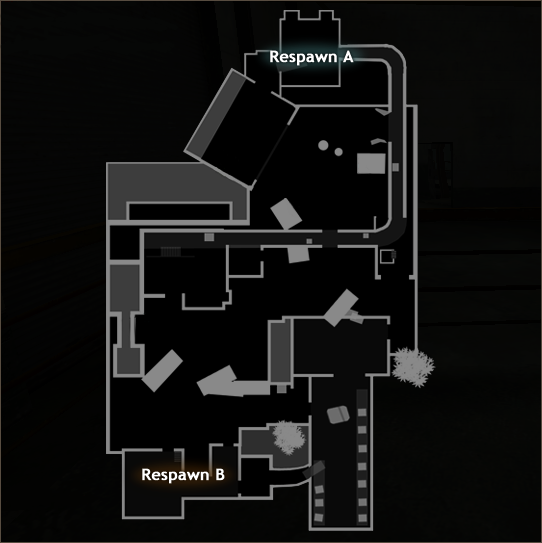 Spanning the top of the map is a tunnel, which is supported by lots of framework and a roof below it. There is a flap open in the center, so the entire tunnel is open in that place. This is a common place for snipers to camp, as the entire open area in the center of the map is visible. Also, you can shoot through the sides of the tunnel and see players' feet due the small gap in the bottom of the canvas walls.

There are vents to duck behind sparsely arranged throughout the tunnel. The tunnel also branches off two ways when close to Alpha, left to go down a ramp into Alpha, and right to go down a ladder closer to Bravo. 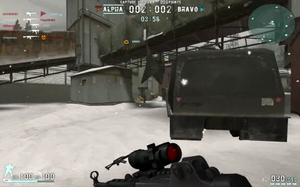 Right outside Alpha's base is an open area with an upright vehicle for defense sitting aside. The flag is placed here, and it can be accessed through a hole in the tunnel or by merely running through the open.

You can escape from the open space easily by fleeing below the tunnel framework support. You can then make your way to a ladder to ascend into the tunnel or rush into Bravo's base. There is also a small space that can be squeezed into for a great hiding spot. 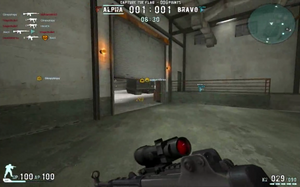 Alpha Site is a special location as it actually goes off the side of the map and crosses the map's boundaries. Therefore, it does not show up on the minimap.

Alpha's base is a small room with a tunnel and a doorway for exits. The tunnel goes uphill and takes you to the overhead area. The doorway, on the other hand, takes you to a smaller room and then another as big as the first, which then takes you to the open area.

Alpha has a disadvantage on Cold Seed because of the multiple methods of ambush the players of Bravo can take. 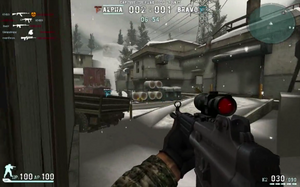 Bravo Site is a long area. There is a big building, and you can spawn in two different rooms. One being in a cramped corner room with a door out or a door into the next room. The next room is your other spawn. It's nothing special, as there is only a door outside and some lockers. You can go through a very, very short cave and wind up in a warehouse-like room. You can then leave the room out two doors, one farther back, and one close to where you dump out of the tunnel.

You could once perform the box glitch in here, but this was patched long ago.